Too much or too little bureaucracy demotivates employees

Let me begin this evening by rehearsing the old-fashioned right wing stereotype about how to solve poverty. We start with the argument that all individuals are able, through will power and sheer guts, to make it in life. The story goes on to declare that, in order for them to do this, we need the State to clear out of the way, let these powerful and empowered individuals access markets, and, hey presto — poverty will be sorted.

Let me say where I agree with and disagree with that story.

I agree with where we begin. That starting point is both optimistic, virtuous and noble. I bet — even in his quiet moments — even Jeremy Corbyn believes it true. But then, just as our story grasps something true about human nature, I fear it misses a whole lot else. It forgets that — while all individuals should be equally free — not everyone is equally empowered — either offered the opportunities or has the resilience to take advantage of those freedoms in the same way.

In a blithe, off-hand kind of way, the story just kind of assumes everyone does and leaves it at that.

And it picks sides. It enshrines individual freedom — good. It then sets up State action as its polar opposite, as the enemy of progress.

I believe that we as a party are now moving to a deeper, more complex position. In it, he talked about how, if we are to defeat poverty, we need to move to a more social approach.

Of course they do; and it is patronizing to suggest otherwise. And there is, in the Conservative party, a growing interest in how we deal with these human problems in a more social, a more rounded way.

Again — let me repeat — I am absolutely not saying that sustaining benefits and income for the poor is somehow unnecessary — we have a welfare stateand it is one of our great achievements. 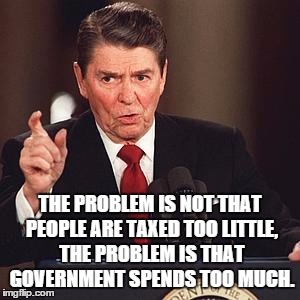 I also would argue that it is only through building the economic security of our country, with a Government in charge that is trying to grow our wealth for the long term, that we can afford these benefits in the first place. As Joseph Rowntree himself famously put it: We should be clear — it is quite simply wrong for us to accept a country where it is better for your life chances to be rich and thick; rather than poor and clever.

That it is wrong for — in Scotland — a child from our poorest area to be twenty times less likely to get 3As at Higher than a child in our richest areas. That we should not accept a situation where— by the age of 5 — children from the top two deciles are fully 13 months ahead in their vocabulary than children from the bottom two.

We believe that, together, our social institutions — the family, community and —yes — the Government — can help to create a more balanced and equal society.

So what does this look like in practice? Allow me to talk about two visits I have made in the last few months. The first was to the Dundee Families Project last summer.

We went in and spent an afternoon speaking to a young couple whose three year old son was playing in the room next door.

It is not too much, not too low. It is just acceptable’. Given this ‘acceptable’ level of salary suggests that financial incentives played a relatively low role in motivating the service employees.

As a front-line manager in a very large company, this book has some great tools for how to foster a motivated, engaged, and inspired team a midst the corporate bureaucracy and chaos that all too Reviews: 2.

Too Much, Too Little, Just Right: Stress At Work, And The Goldilocks Principle | Cognoscenti

So this situation is very harmful and demotivates the employees who want to excel and do well. This stops the employees to do justice to their talent and make them inefficient. The management underestimates the employees and ultimately hamper the growth of the employees and company. As a front-line manager in a very large company, this book has some great tools for how to foster a motivated, engaged, and inspired team a midst the corporate bureaucracy and chaos that all too Author: Ray Immelman.

A recent study by CIPD – the Chartered institute of Personnel and Development -found that seven in ten employees in the UK believe CEO pay in the UK is too high or far too high.

Six out of ten concluded that the high level of CEO pay demotivates them at work.